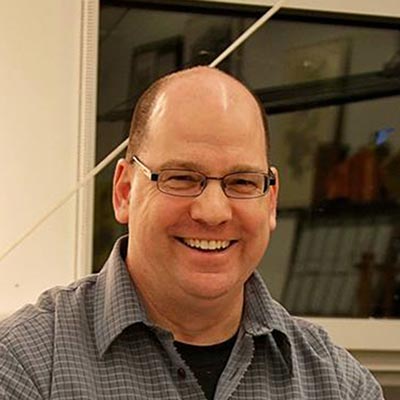 Originally from Detroit, Michigan, Patrick joined the military at age 17 to become a U.S. Air Force security policeman. After multiple rewarding assignments he retired in late 2002. Feelings of guilt for leaving the military when the nation was at war took him to George Mason University where he immersed himself in a political science program. Toward the end of his studies he signed up for an entry level printmaking class. The course was intended to round out and complete his educational experience; instead it was the beginning of an amazing and entirely new journey. The class introduced Patrick to the venerable traditions of print making and paper making.

Since then he has earned a B.F.A. in print making at GMU (2012), and an M.F.A. at GMU (2016). He continues to explore paper making and print making processes, and, by extension, an emphasis on collaboration — between artists, communities, and audiences.