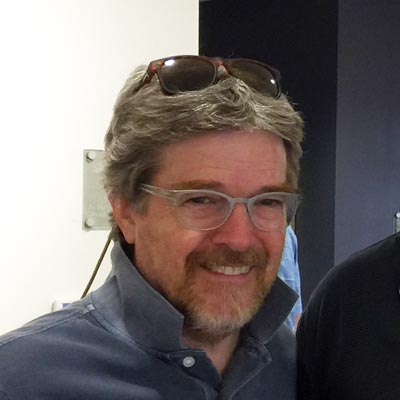 An advisor and consultant to Ms. Tappert on the arts, culture, marketing communications and branding, Mr. Beattie — a civilian with strong relational ties to the Armed Services — is a student of the Civil War, the American Indian Plains Wars, and Native American Art and Artifacts as well as the American Regionalist and Abstract Expressionists. A proud veteran of the Boy Scouts of America, Beattie served, over a 12-year period from 1994 to 2006, in various capacities in Scouting as a board member, committee member, den leader, rising to the exalted rank of Scoutmaster. He remains a staunch advocate of Scouting as well as backyard camping, firebuilding, and s’mores crafting.

Mr. Beattie is a marketing and branding specialist, having engaged in a number of campaigns for start-ups, non-profit service and faith-based organizations to Fortune 500 organizations. He received a B.A. in English, minoring in Art and Geology from Hope College and a Master of Science in Journalism from Northwestern University. While serving as an Associate and Consultant to The Arts & The Military, “Buc” (his Soutmaster designation) has been known to dabble in Watercolor and a picks at his trusty 6-String Martin.