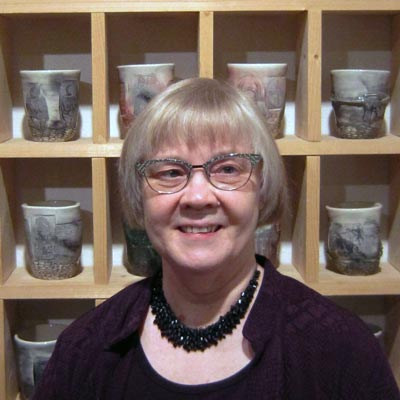 Founder and Principal: The Arts & The Military

A cultural historian and archivist by training, Tara has been a scholar, curator,
and archivist/librarian for nearly 40 years. In 2010 Tara began connecting with veterans
active in the contemporary veteran/artist movement, and since then has been
organizing and developing veteran-focused exhibitions and researching the 20th and
21st century history of art-making as a form of rehabilitation for the war wounded.

In 2011, Tappert founded The Arts & The Military, and in 2012 she led a team of volunteers
who launched Arts, Military + Healing, a 6-day event at seven cultural, educational, and
medical institutions across the greater Washington, D.C. area.

Tara holds a B.A. in History from Hope College, an M.S.L.S. in Library and Archives Administration from
Wayne State University, and a Ph.D. in American Civilization from George Washington University.

Below you will find her C.V.

 Trainer, for the Artists-in-Residence at Smith Center for Healing and the Arts, 2010

 In Service to the Nation: Arts and Crafts and the Military, Virginia Tech Carillion School of Medicine, Nov., 2017

 In Service to the Nation: Arts and Crafts and the Military, National Air and Space Museum, Smithsonian, May, 2012